ORDER DIRECT AND SAVE!
HOLIDAY SPECIAL

- Via USPS Priority Mail
to All U.S. Destinations
(Including Alaska and Hawaii)
Includes..

And While Supplies Last .. 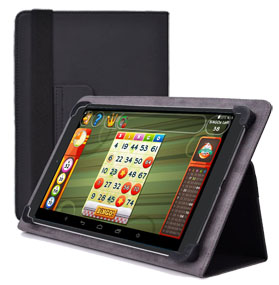 YOU WILL GET
THE ORIGINAL KING JAMES VERSION
PLUS ..

(For Delivery within the US Only.)
Enjoy All Of The Amazon Privileges
That You Have Learned To Trust.

YOU GET ALL THIS:

The New International Version (NIV) Bible is the most popular English language Bible available today. It is an excellent translation into very good contemporary English. It is suitable for public and private reading, teaching, preaching, memorizing, and liturgical use.

The English Standard Version (ESV) Bible is an essentially literal translation that seeks as far as possible to capture the precise wording of the original text and the personal style of each Bible writer.

The New American Standard (NASB) Bible is widely regarded as the most literal of 20th century translations. The NASB is a word-for-word style adaptation of the ASV. Special attention was given to the rendering of verb tenses to give readers a translation that is as close as possible to the sense of the original Greek and Hebrew texts.

The New Century Version (NCV) Bible was written at an elementary grade level. The NCV is aimed at young readers and those learning English. As a revision of the International Children"s Bible, it is both conservative and evangelical in tone.

The New Living Translation (NLT) Bible is a clear and contemporary English translation, considered by many to be easier to understand than many alternatives. The NLT reads like a good story book. By translating entire thoughts (rather than just words) into natural, everyday English, the NLT attempts to make the same impact in the life of modern readers that the original text had for the original readers.

The Amplified Bible is designed to "amplify" the text, this translation contains a system of punctuation and other typographical features to bring out shades of meaning present in the original texts. The Amplified Bible takes both word meaning and context into account in order to accurately translate the original text from one language into another. It does this through the use of explanatory alternate readings and amplifications to assist the reader in understanding what Scripture really says. Multiple English word equivalents to each key Hebrew and Greek word clarify and amplify meanings that may otherwise have been concealed by the traditional translation method.

The Message Bible is a paraphrase version of the Bible. The Message keeps the language of the gospel compelling and modern. It is an accurate paraphrasing of the bible rather than a translation. It captures the tone of the text and the original conversational feel of the Greek, in contemporary English. Its purpose is keep the language of the gospel message current, fresh, and understandable - the way it was for its very first readers.

The Spanish Bible (La Biblia de las Americas). Recognizing the critical need for a highly accurate, contemporary Spanish translation of the Bible, The Lockman Foundation produced La Biblia de las Americas (The Bible of the Americas) in 1986 through the efforts of a team of Latin American evangelical Bible scholars. This is a new translation of the Scriptures from the original languages. Following the same principles of translation set for the NASB, La Bibla de las Americas is understandable to the general public and also suitable for serious study. ("Read-to-Me" audio is not available on this version.)

The Christian Standard Bible (CSB). This Bible version aims to draw readers into a deeper, more meaningful relationship with God. By translating Scripture into the clearest possible modern English, the CSB allows readers to experience the word of God at its fullest. Developed by 100 scholars from 17 denominations, the Christian Standard Bible faithfully and accurately captures the original meaning without compromising readability.

Strong"s Concordance.This updated edition of Strong"s Exhaustive Concordance takes James Strong"s monumental work and updates it to be even more useful to the modern reader. It maintains all of the features that have made Strong"s indispensable for over 100 years:
- Allows the reader to easily find all biblical occurrences of a word in the King James Version
- Points the reader to the underlying Hebrew and Greek words
- Uses the Strong"s numbering system which is used in many of the new study tools of today